The Moira Monologues double-bill tour has been winding its way through Scotland (and a wee bit of England) for the last two months – to raucous audiences – and new dates all over the place are being arranged right up to the Edinburgh Fringe in August. I’ll be announcing the July dates further down the line, but in the meantime here’s everything up to and including June. 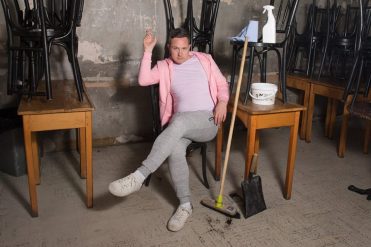 Alan Bissett as Moira Bell. She disnae gie a f**k.